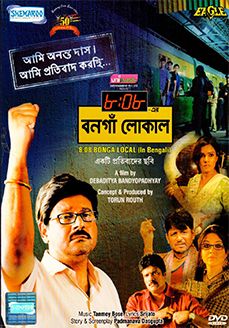 Ananta Das is a normal middle class man like any other common man. Everyday he avails the 8:08 A.M Bongaon Local to Kolkata to attain his office. Some known and unknown common people are his companions throughout his journey everyday. He has seen many incidents, which created a deep impression in his life. One such incident was the murder of a brother who protested against a group of drunkards who were teasing his elder sister (“Rajiv murder case in Barasat”). Preliminarily he remained silent against all these incidents. But on one day, his protesting nature, inside him, burst out. He started protesting against each and every wrong deed, irrespective of the level of crime. As a result he stands out as a protesting person in front of other common people. He turns out to be the target of the leaders of the society.